Theme for this year: Dementia 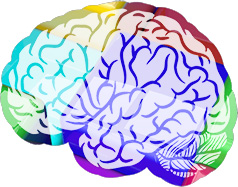 According to the Charles K. Kao Foundation for Alzheimer’s Disease, Alzheimer’s Disease is the most common cause of dementia, thought to be associated with 50-70% of dementia globally. In Hong Kong, a study undertaken in 2006 by the Department of Health and the Chinese University of Hong Kong estimated that one-in-three individuals over 85 years of age suffers from dementia, and thus potentially Alzheimer’s. The current number of dementia sufferers in Hong Kong exceeds 70,000 people. With an aging population, the number of dementia/Alzheimer’s cases is expected to grow at a rate of 100% every five years, and, by 2036, 280,000 individuals are expected to suffer from dementia.

Alzheimer’s is an incurable, degenerative and terminal disease, generally diagnosed in people over 65 years of age. As the earliest observable symptoms are often mistakenly thought to be ‘age-related’ concerns, it is often overlooked whilst there remains an opportunity to treat and medicate it preventatively. In early onset, the most typical symptom is an inability to acquire new memories, manifest most often as a difficulty in recalling recent observations. As the disease advances, symptoms include confusion, irritability, aggression, mood swings, language breakdown, long-term memory loss, and general withdrawal. The sufferer experiences impairment of their sensory system and, gradually, bodily functions degenerate.

As the disease progresses, it affects the quality of life of sufferers and their caregivers. In addition, high medical costs, long-term residential care and significant psychological, practical and economic strains are great on the family. It can also contribute to economic burdens, at the community-level.

World Green Organisation (WGO) is a non-profit which tackles issues and raises awareness about environmental conservation, livelihood and economic affairs. As Hong Kong is facing increasing social problems, such as Alzheimer’s, WGO hopes to convene a new round of “Social Innovation Inventor – Competition for Innovative Design”, which not only encourages creativity of the younger generation, but also provides positive impact on the environment, as well as aiding families who face the daunting challenges of tackling this disease. Through this campaign, young innovators will be granted the opportunity to think laterally and creatively, and design solutions which will benefit society, whilst they also gain experience caring for vulnerable members of the society.

If you want to learn more about Alzheimer ’s disease, please refer to the following link.