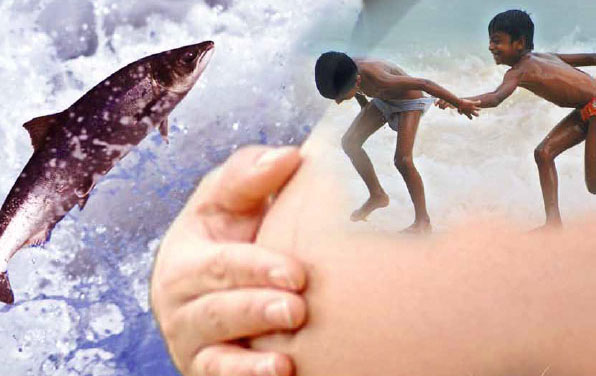 We live in a world in which man-made chemicals have become a part of everyday life. It is clear that some of these chemical pollutants can affect the endocrine (hormonal) system, and certain of these endocrine disruptors may also interfere with the developmental processes of humans and wildlife species.

The Strategic Approach to International Chemicals Management (SAICM) recognizes that risk reduction measures need to be improved to prevent the adverse effects of chemicals on the health of children, pregnant women, fertile populations, the elderly, the poor, workers and other vulnerable groups and susceptible environments. It states that one measure to safeguard the health of women and children is the minimization of chemical exposures before conception and through gestation, infancy, childhood and adolescence.

UNEP and WHO, in collaboration with a working group of international experts, are taking a step forward by developing these documents on endocrine disruptors, including scientific information on their impacts on human and wildlife health and key concerns for decision-makers and others concerned. The well-being of future human and wildlife generations depends on safe environments.

Our key concerns over endocrine disruptors:

What is endocrine disruption all about?

Endocrine disruption represents a special form of toxicity, and this must be taken into consideration when interpreting the results of studies on EDCs or when designing studies to clarify the effects of EDCs and quantifying the risks to human and wildlife health.

Endocrine disruption in humans and wildlife

Over the last decade, scientific understanding of the relationship between exposure to endocrine disruptors and health has advanced rapidly. There is a growing concern that maternal, fetal and childhood exposure to EDCs could play a larger role in the causation of many endocrine diseases and disorders than previously believed.

There is more evidence from laboratory studies now than in 2002 that chemical exposures can interfere with endocrine signalling of pubertal timing, fecundity and fertility and with menopause. 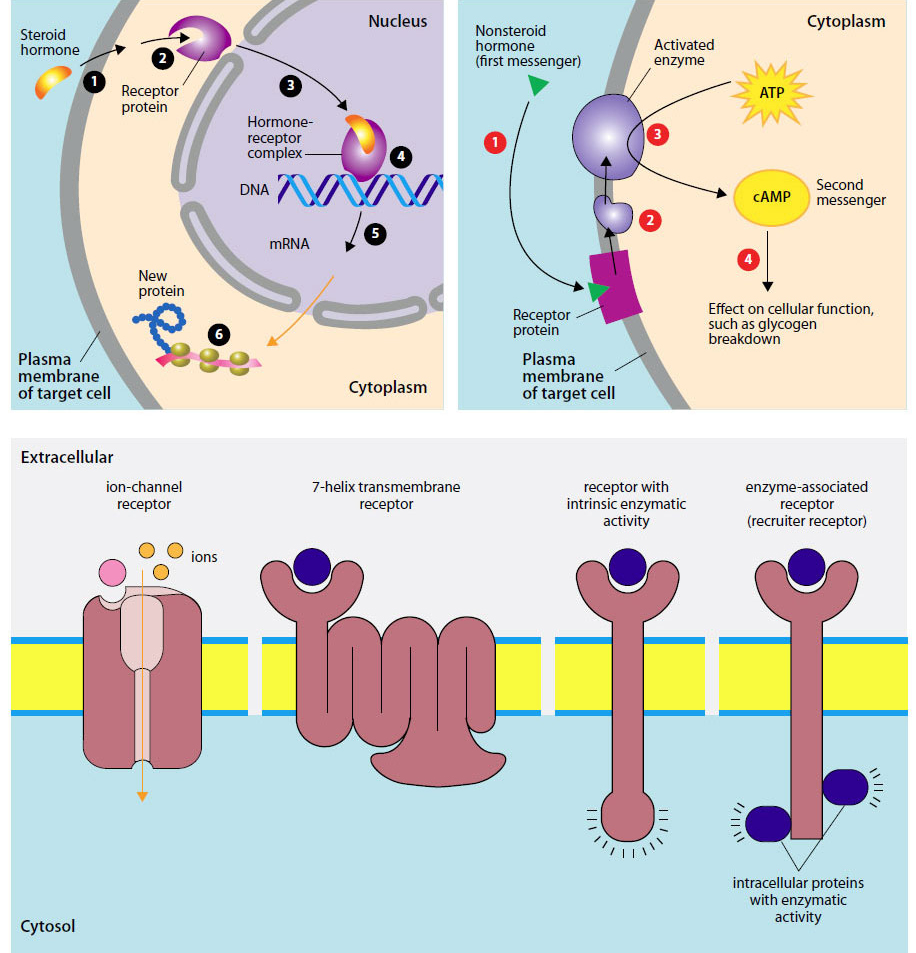 Fig. 3 Hormones produce effects in the body exclusively by acting on receptors. There are different classes of receptors. A (Upper left): Nuclear receptors bind to steroid and thyroid hormones and act directly to regulate gene expression. B (Upper right): Membrane receptors bind to protein and amine hormones and produce effects inside the cell by a second messenger system. C (lower): Membrane receptors can be linked to a variety of second messenger systems. In addition, there are “co-regulator” proteins that link the hormone receptor to the transcriptional apparatus, and these co-regulators can differ between cells, which can affect the way a nuclear hormone receptor can function. These are important considerations because we know that environmental chemicals can interact directly with some nuclear receptors in ways that change their ability to interact with gene regulatory processes, thereby producing effects that are unexpected. These effects need to be identified and considered when we think about endocrine disruption.

Although geographical differences exist, semen quality has declined in some countries; 20–40% of young men in the general population of Denmark, Finland, Germany, Norway and Sweden have sperm counts in the subfertile range.

The feminizing effects of estrogenic chemicals from sewage effluents on male fish were first reported in the 1990s and have now been seen in many countries and in several species of fish, indicating that this is a widespread phenomenon. Feminized (intersex) male fish have reduced sperm production and reduced reproductive success.

EDC-related sex ratio imbalances, resulting in fewer male offspring in humans, do exist (e.g. in relation to dioxin and 1,2-dibromo-3-chloropropane), although the underlying mechanisms are unknown. The effects of dioxin on sex ratio are now corroborated by results obtained in the mouse model.

Some epidemiological studies report associations between chemical exposures (PCBs, PBDEs, phthalates, BPA and perfluorinated chemicals) and thyroid function, including in pregnant women, but few of these report associations with thyroid measures in the cord blood of their offspring or with abnormal function in these offspring.

Neurodevelopmental disorders in children and wildlife

There are some strong data sets (e.g. for PCBs, lead and methylmercury) showing that environmentally relevant developmental exposures to these EDCs and potential EDCs have caused cognitive and behavioural deficits in humans.

The increase in incidence of endocrine-related cancers in humans cannot be explained by genetic factors; environmental factors, including chemical exposures, are involved, but very few of these factors have been pinpointed.

For breast, endometrial, ovarian and prostate cancers, the role of endogenous and therapeutic estrogens is well documented; this makes it biologically plausible that xenoestrogens might also contribute to risks. However, chemicals shown to be associated with breast (dioxins, PCBs and solvents) or prostate (unspecified agricultural pesticides, PCBs, cadmium and arsenic) cancer either do not have strong estrogenic potential or are unspecified. The possibilities of involvement of EDCs in ovarian and endometrial cancers have received little attention.

Exposures of animal models to a variety of chemicals during early development have been shown to result in weight gain, revealing the possibility of an origin for obesity early in development. Because they are disrupting many components of the endocrine system involved in controlling weight gain (adipose tissue, brain, skeletal muscle, liver, pancreas and gastrointestinal tract), these chemicals constitute a new class of endocrine disruptors called “obesogens”.

Immune function and diseases in humans and wildlife

Exposure to EDCs and their effects on human and wildlife health are a global problem that will require global solutions. More programmes are needed that foster collaboration and data sharing among scientists and between governmental agencies and countries. To protect human health from the combined effects of EDC exposures, poor nutrition and poor living conditions, there is a need to develop programmes and collaborations among developed and developing countries and those in economic transition. There is also a need to stimulate new adaptive approaches that break down institutional and traditional scientific barriers and stimulate interdisciplinary and multidisciplinary team science.